We are all works in progress who never stop growing.

At Chrysalis, student instruction is provided by state-certified high school teachers supported by our tutorial staff. Core classes are teacher-led, yet we also provide several online courses for students interested in unique subjects. Every student has an academic advisor who works directly with that student’s therapist and is a member of the student’s treatment team, providing comprehensive evaluation and better outcomes. 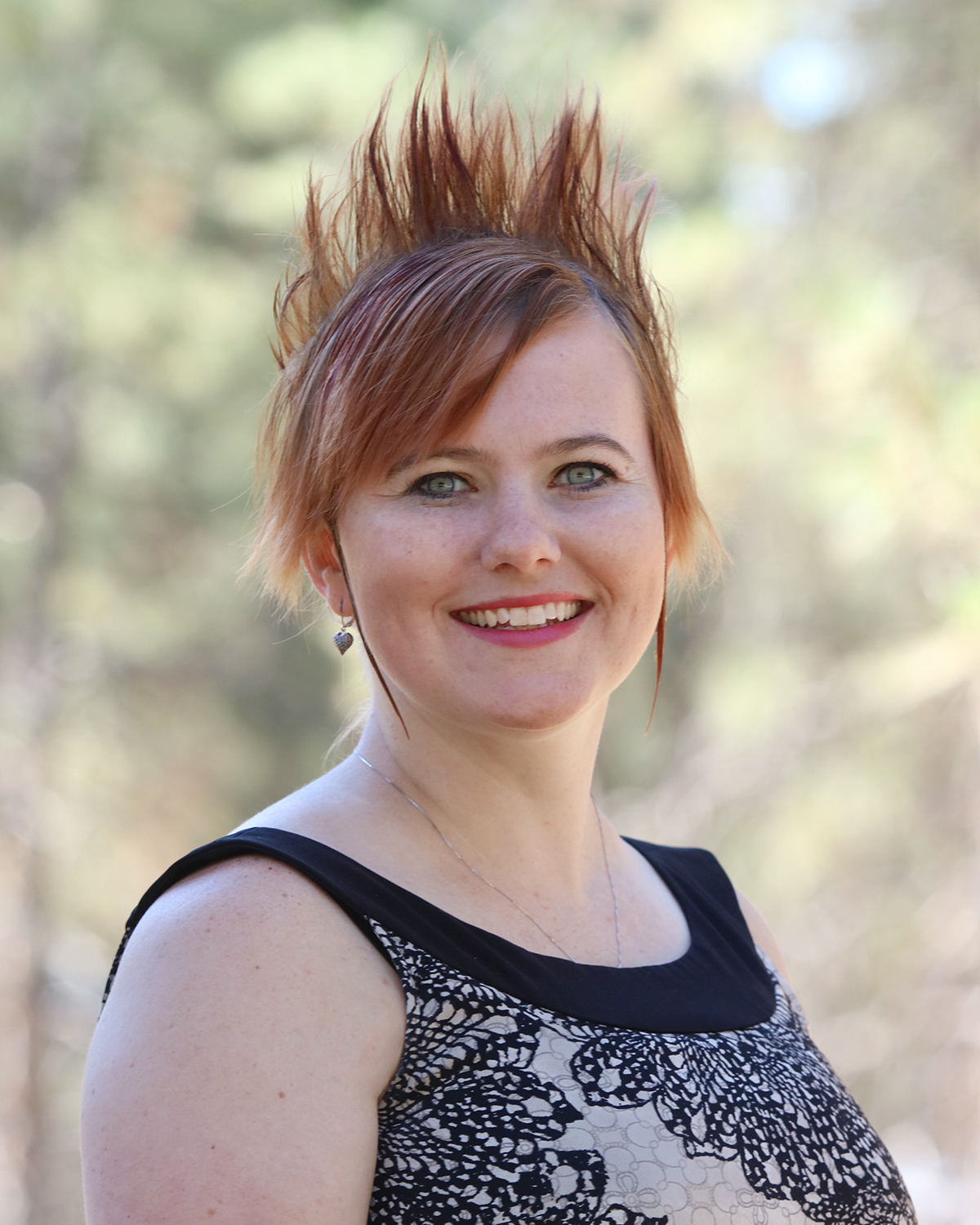 Krysten is the Academic Director for Chrysalis, and prior to this role she was the Special Education Coordinator and English Teacher.. Through her time at Chrysalis she has taught English 9, 10, 11, 12, Standards Based English, American Lit, British Lit, World Literature and more. Krysten grew up in Oregon and attended college in Montana. She completed her student teaching in Australia while earning a BA in English teaching. She also has a Masters of Science in Special Education. Krysten has worked in therapeutic group homes for teens as part of the direct-care staff and managed weekend programming. She has worked as a substitute teacher and paraprofessional, mainly in special education and English classrooms. Outside the classroom, Krysten enjoys participating in local community theater as well as volunteering to teach hunters, promoting safety and stewardship. For relaxation, she goes for Nordic skiing, hiking and, of course, reading. 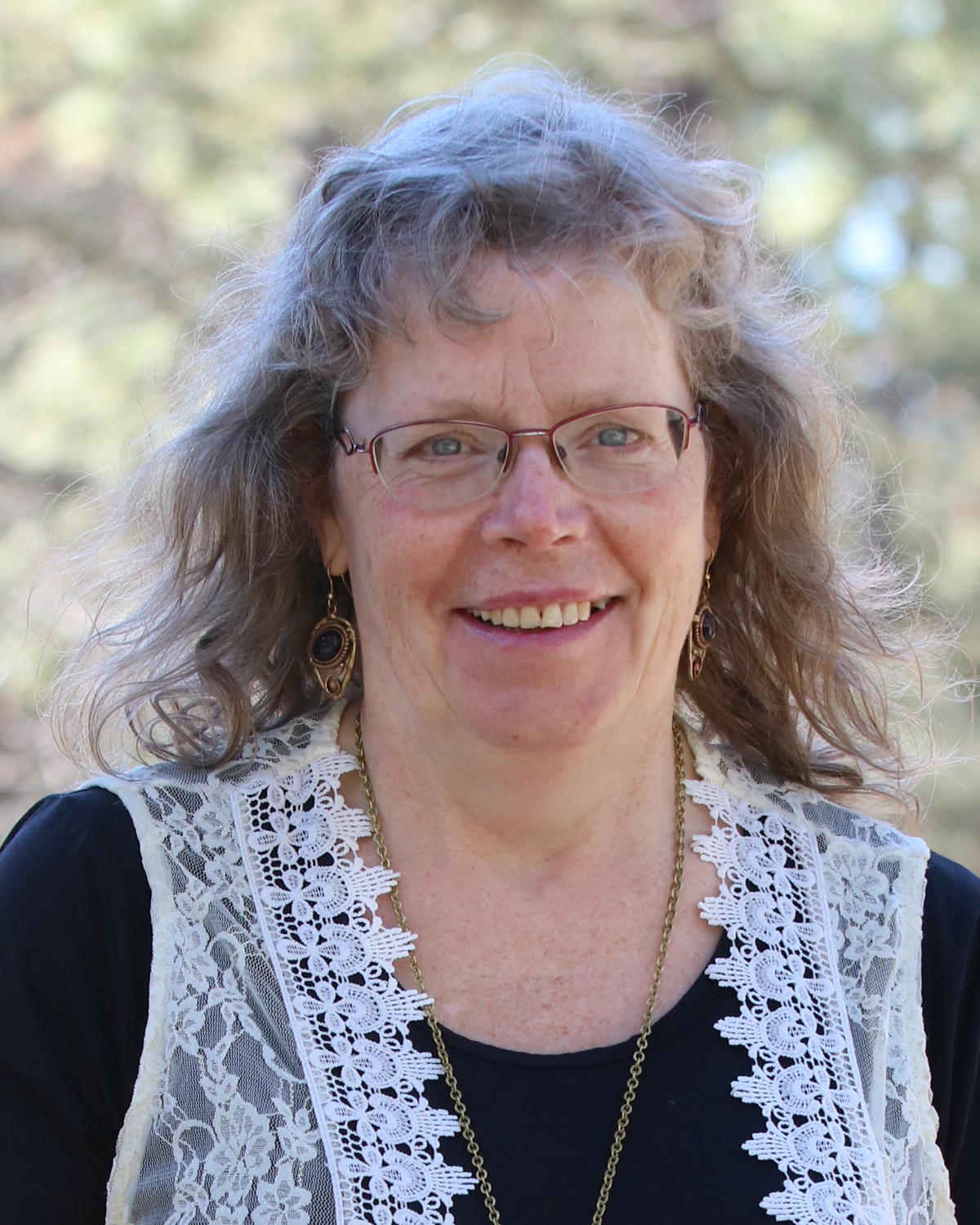 English Teacher and Assistant Academic Director
Darla was born and raised in northwest Montana. She’s had “Eureka moments” ever since calling Eureka home. She graduated college in Montana (with one year of her study completed in Maine) and went on to graduate school at Ball State University in Muncie, Indiana. Darla holds BS and MA degrees in education with a specialization in reading. She has taught all levels of students, from preschool through college, and has enjoyed each and every grade. Creating cross-curricular unit studies is Darla’s all-time favorite educational pursuit. In keeping with her comprehensive approach to teaching, Darla has immersed herself in various aspects of our therapeutic boarding school since joining us in 2007 – a major Eureka moment for her. Initially, she joined our program staff, then became food services coordinator. Her formal expertise is as English teacher and assistant academic director. She loves to motivate both students and staff, and she is known for her creativity and others focused attitude on campus. 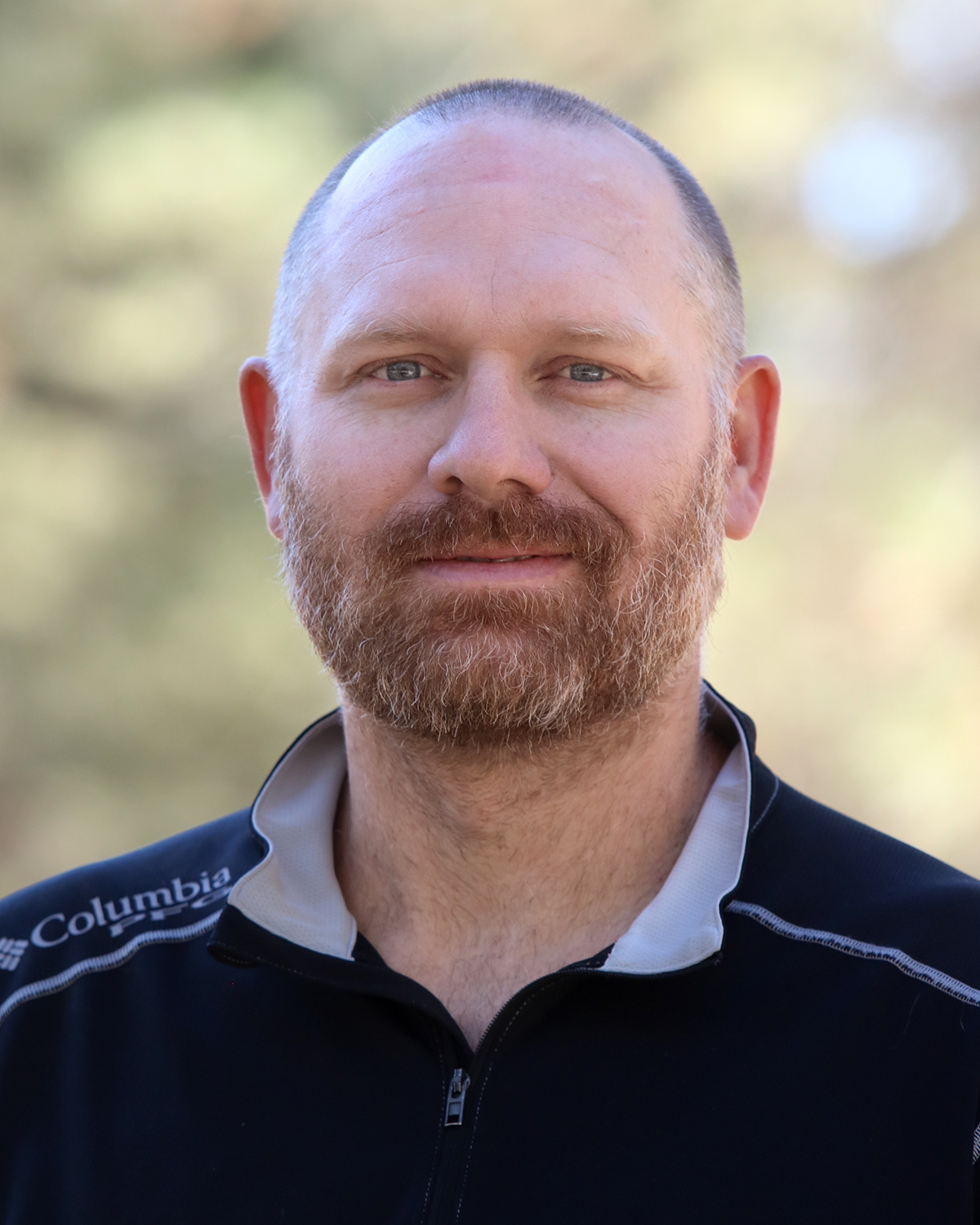 Thomas is originally from Kalispell, Montana, with extended family in the surrounding areas of Great Falls, Helena, and Missoula. At the age of five, he moved to Florida, and continued to come back and visit Montana throughout his childhood. He always had a passion for math and graduated college with a bachelor’s degree in mathematics and began teaching high school math classes, while also pursuing his graduate degree in Secondary Education. After teaching at the high school level for 6 years, Thomas left the classroom to pursue other avenues in education, which included curriculum development, e-learning, instructional technology, and many others. Prior to Chrysalis he worked at an Instructional Technology position with Saint Leo University, where he specialized in supporting faculty in effective instructional practice with classroom technology. Over the years, he and his wife dreamed  about moving back to Montana, and are so excited to be able to enjoy all of the activities it has to offer. Thomas enjoys all types of outdoor activities, such as hiking, rafting, fishing, and camping. He also enjoys playing the guitar, working with animals, and spending time with friends and family. 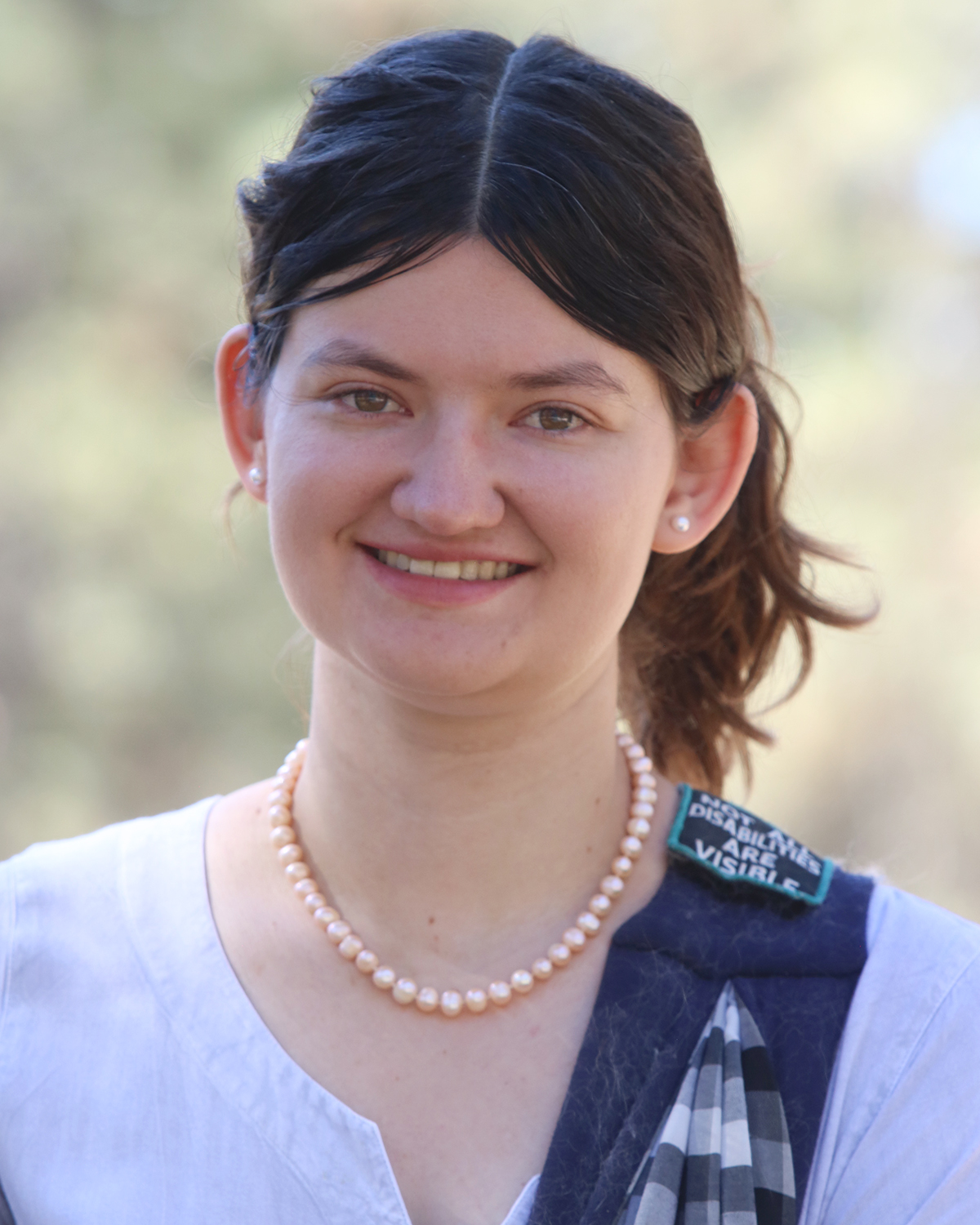 Sam spent her first years in Libby, Montana. Though she moved out to South Dakota at the age of 6, her family continued to spend summers in Montana helping her grandparents.  In South Dakota, she graduated with a Bachelor’s in Conservation Biology and a Master’s in Education, before returning to Montana to teach science. Since then, she has taught in a range of schools, with class sizes ranging from well over twenty, down to a single student.

Sam has always been something of a jack-of-all trades; she learned conservation biology on walks as a young girl. She studied psychology in the university library during summers. Since then, she’s helped put on puppet shows, answered telephones for a PBS medical show, built tin-whistles and panpipes, and studied blacksmithing.

These days, Sam goes through life on a slightly higher difficulty setting. While she acquired a brain injury during her sophomore year of college, discovering the many ways it affects her life has been an ongoing process. Despite this hurdle, she graduated with her Bachelors in three years, Phi Beta Kappa, and completed her Masters the following year.

In her free time, Sam enjoys mucking about in boats, swimming, making music on a variety of instruments (tin-whistle, guitar, and accordion among others), reading science fiction, and learning new hobbies. Her most recently acquired skills are wood burning and making pine-needle baskets. 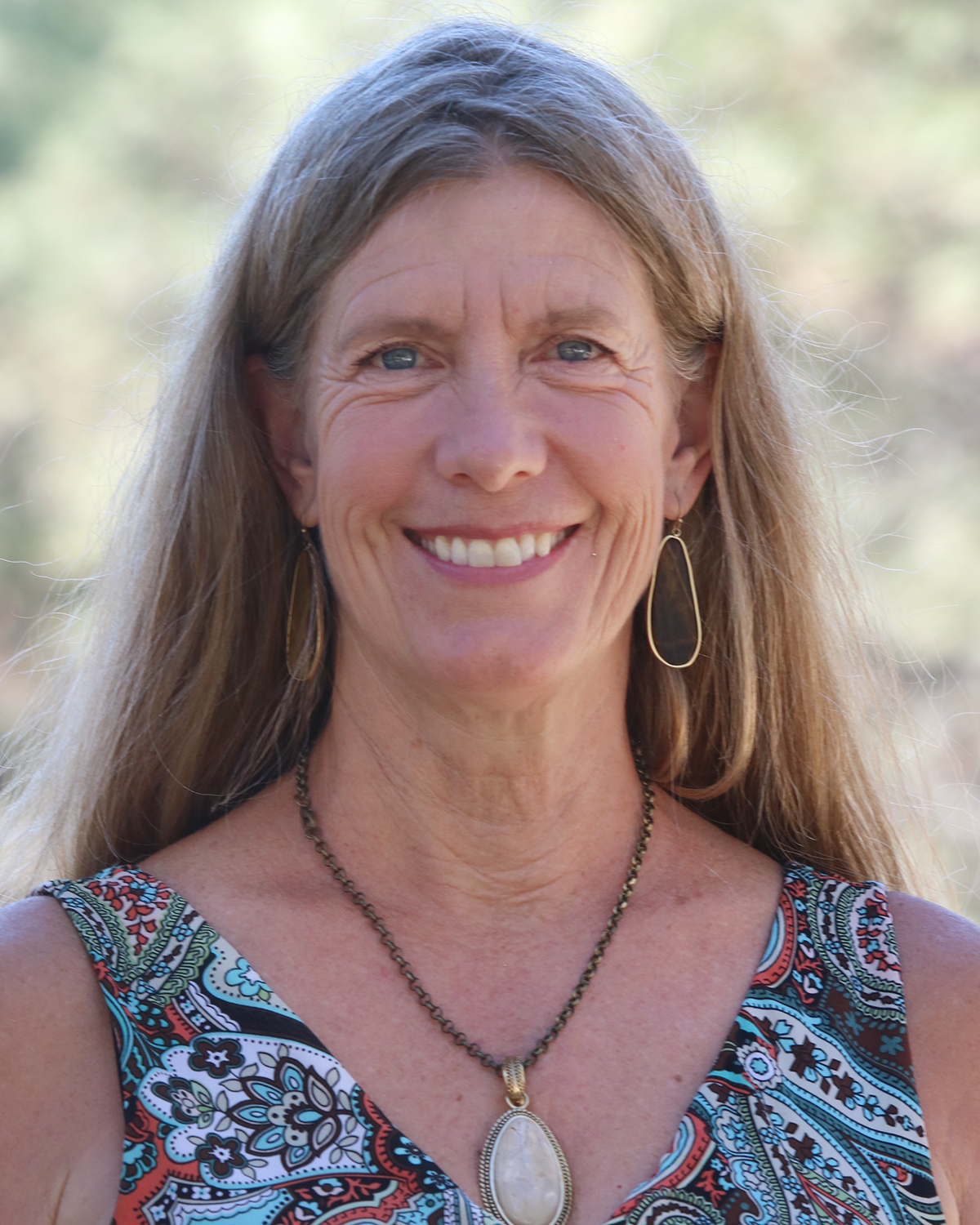 Leslie was born in California. She went to High School in Colorado and then moved to Alaska before migrating down to beautiful Eureka, Montana where she has lived since 1980. Leslie has worked at Chrysalis for a total of 15 years. During that time she has worn many hats, but her favorite role so far is her current one. Teaching Horticulture allows many opportunities for personal growth through the experience of gardening. Leslie has a heart for our students and enjoys having the gardens as a place to connect with the students. Having raised three children of her own, Leslie brings a family like nurturing approach to interacting with the students. 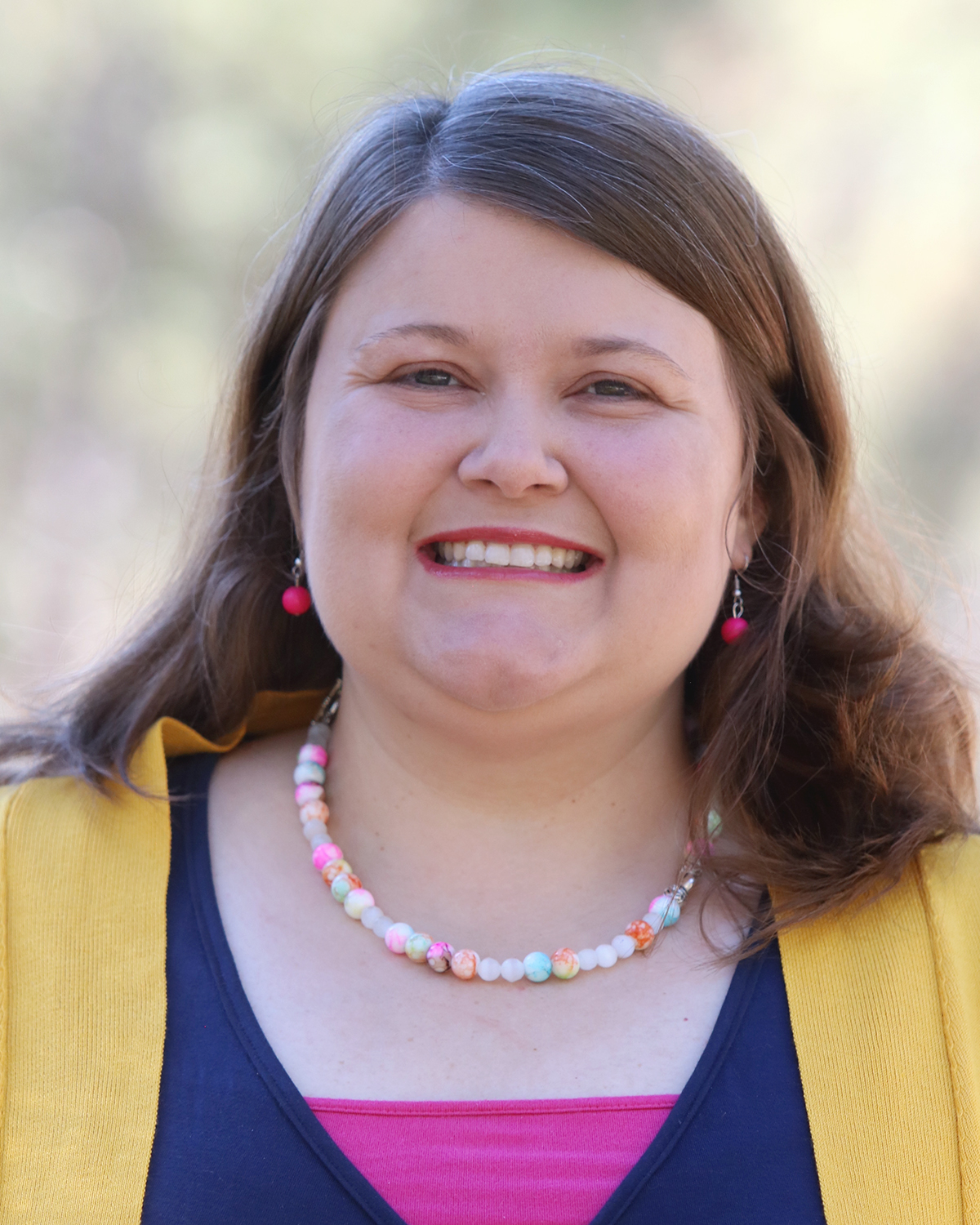 Amanda teaches Spanish I, II, and III and is a facilitator for students with online language classes. She grew up in South Carolina where she attended Converse College. She earned her Bachelors Degree in Education and Spanish.

After graduating, Amanda taught middle school mathematics in a South Carolina public school for nine years. She moved to Glendive, MT with her husband James and two small children in December 2016 where she worked for a short time as an Activities Coordinator for two long term care facilities.

Amanda moved to Eureka in June 2017 to join the Chrysalis family. She worked at Horse House as a youth mentor and assisted students with Credit Recovery during the summer modules In August, she transitioned to Academic Staff.

Outside the classroom, Amanda enjoys reading, cooking/baking, and spending time with her family. 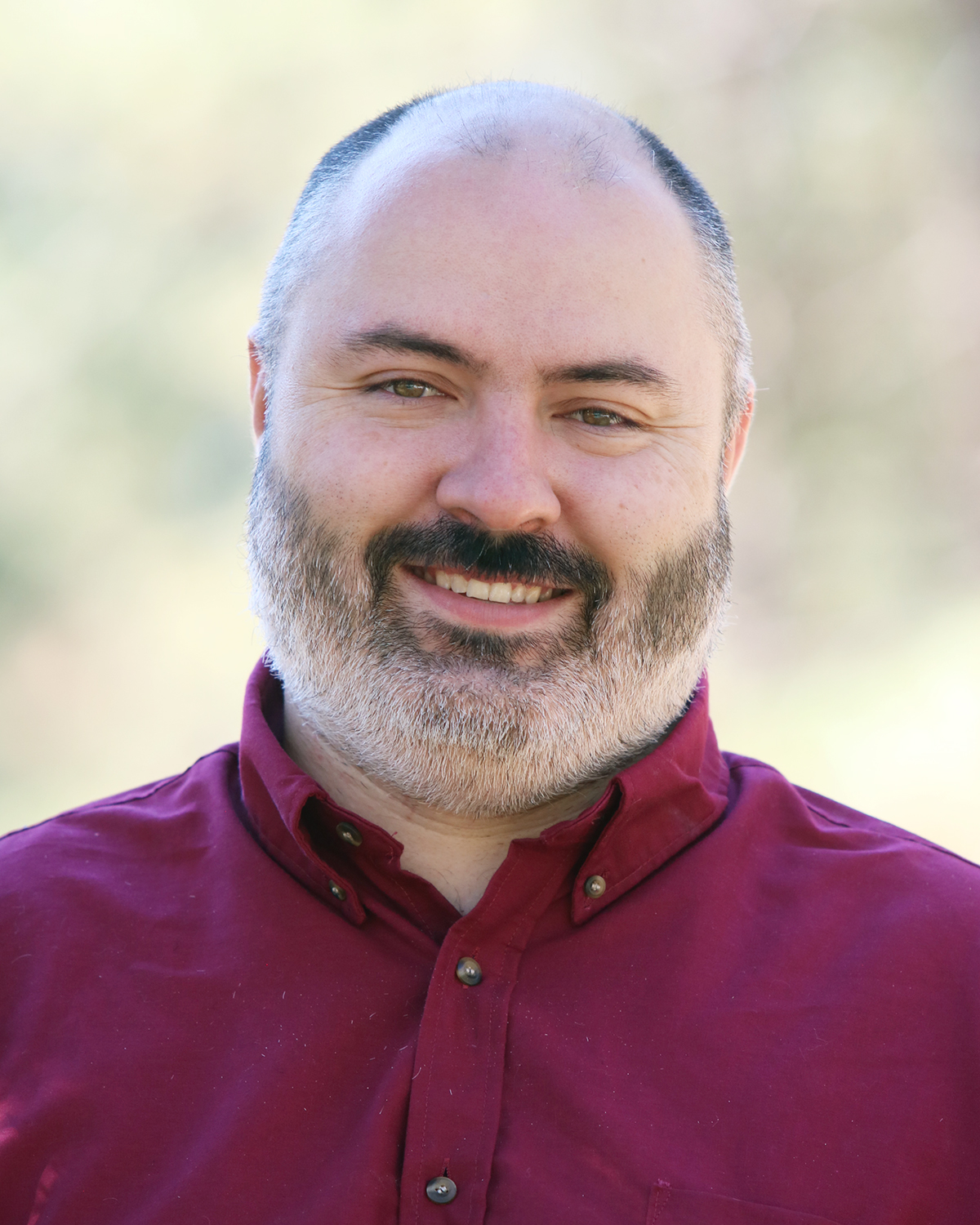 James teaches U.S. History, World History, and Government. He is originally from Klamath Falls, Oregon. During his childhood, he moved all over the country with his mother as she sought various professional opportunities in the education field. When James was in third grade he moved to Wisdom, Montana where he lived there for three years. He has a passion for woodworking and computers. James received his Bachelors degree in Psychology and a Masters degree in Secondary Education. Prior to receiving his degrees, he was in the US Navy. James is married to Amanda Gray. They have two young boys. They have wanted to move to Montana for many years, They found the opportunity at Chrysalis the perfect reason to make one of the biggest changes in their lives. 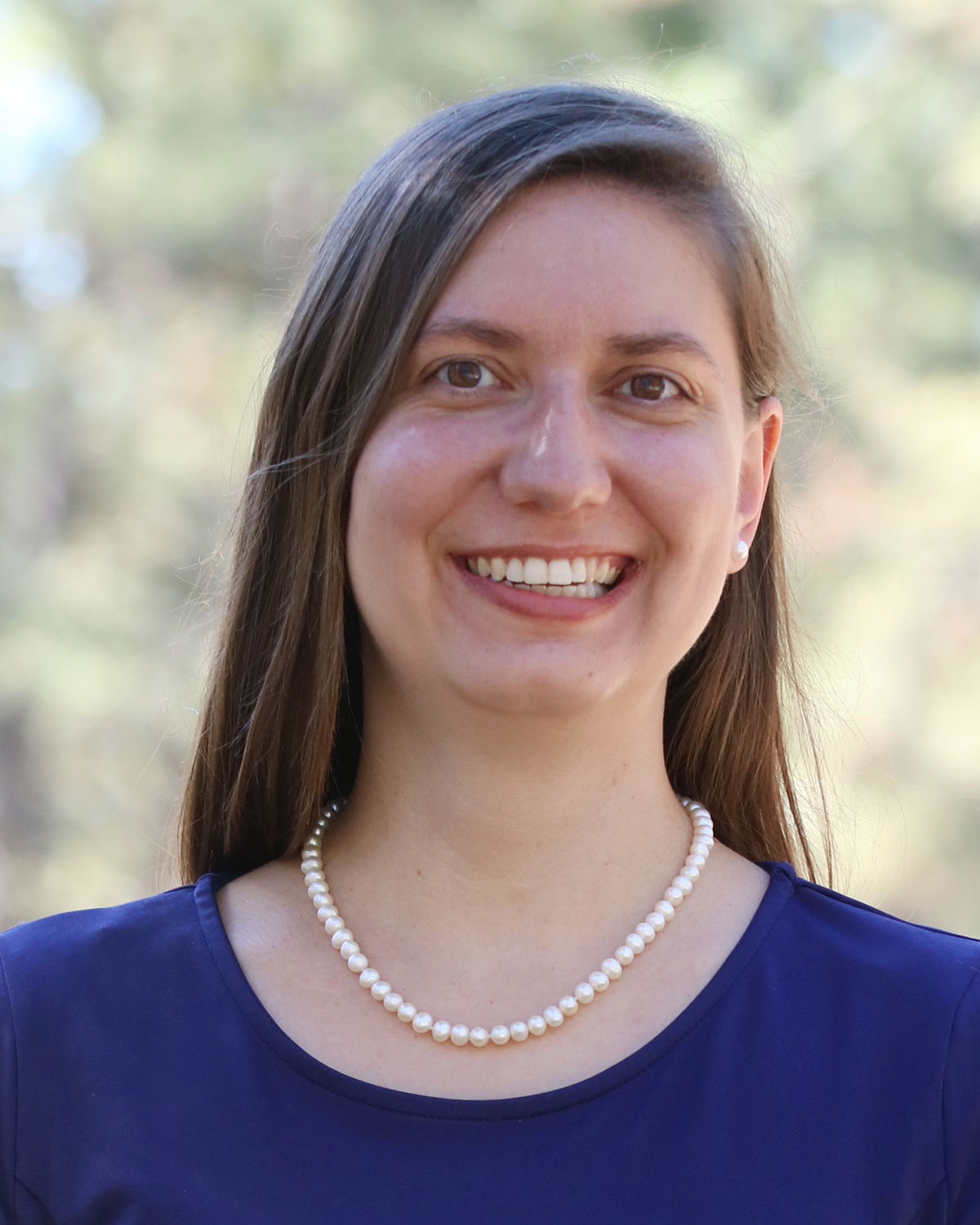 Margaret teaches music courses ranging from World Music Exploration to Performance Practices. She has a Bachelor of Music in Music Education from Hastings College and a Master and Doctorate in Flute Performance from the University of Kansas.
In class, Margaret is passionate about engaging performance, but she also works to find any avenue students to appreciate and use music. Her goal is for students to learn to love music in any capacity so that it can serve them for the rest of their lives.

Margaret loves performing individually and in ensembles. She loves reading, baking, and is an avid knitter with two adorable angora rabbits , Jacques and Marie. 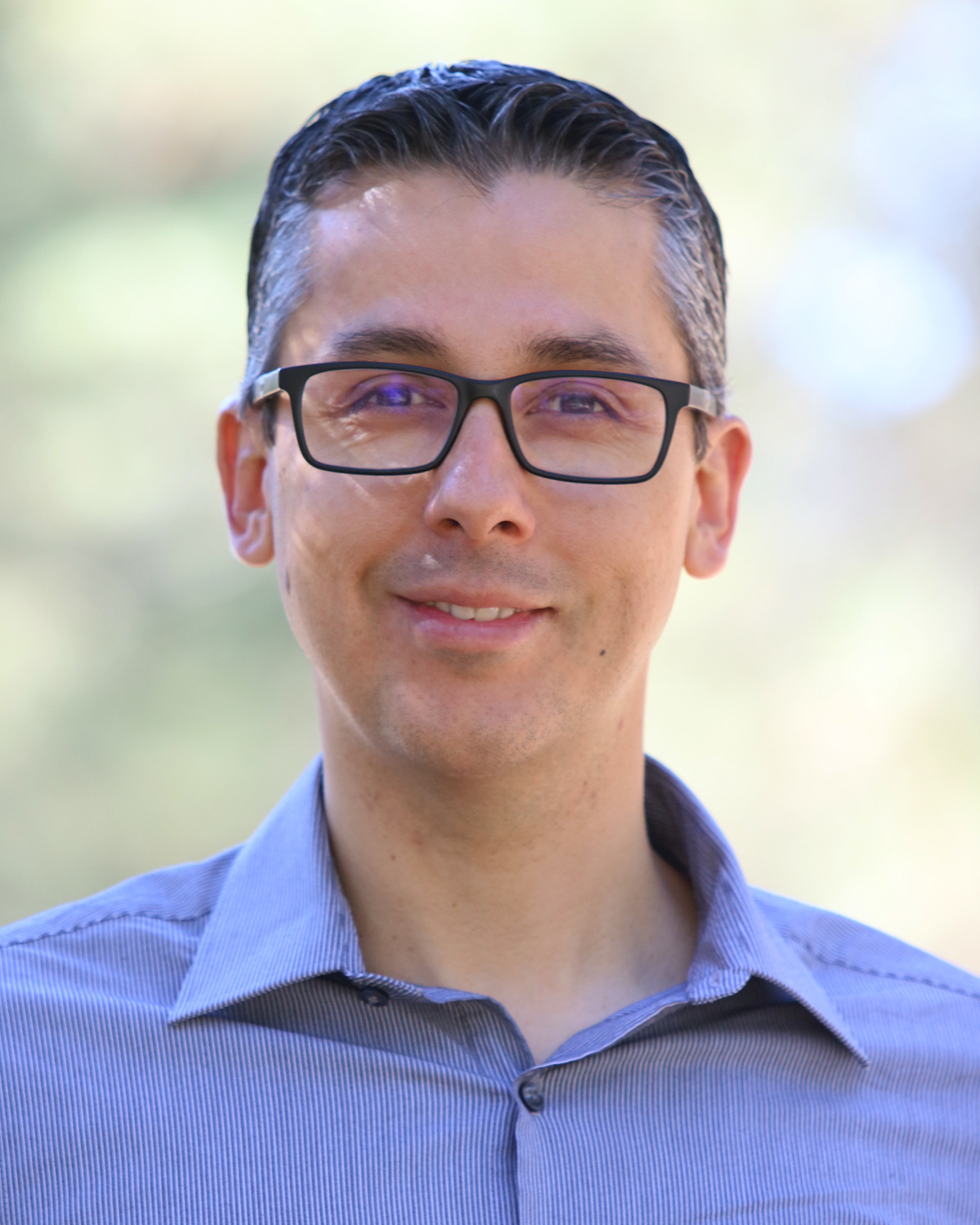 Javier is from Monterrey, Nuevo Leon, Mexico. He has a Bachelor’s degree in Social Communication and is certified as an International Speaker by the Association of Hispanic Speakers. He is a Facilitator, Coach, Master Coach and Instructor in Neurolinguistic Programming by the International Association of Coaching with NLP. Javier is also a certified Soccer Coach by the United States Soccer Federation. In his free time Javier enjoys hiking, fishing, camping, hunting, riding, and playing soccer.