Take your victories, whatever they may be, cherish them, use them, but don’t settle for them
~Mia Hamm, US women’s soccer star

This October marked the end of the Chrysalis soccer season for 2012. Our soccer team was composed of 18 girls of  various ages and skill levels. Throughout the last few months, we have been practicing twice a week and competing against other teams on the weekends.

It has been quite the adventure for the girls as we have improved our skills both individually and as a group. As their coach, it has been particularly exciting to see those who had never played soccer before pick up the ball and learn the game.

We concluded our season with an end of the year tournament in Kalispell. While we were not as successful as we had hoped, the girls stayed positive and focused, although tired from playing multiple games in one day! Thankfully, the unpredictable Montana weather held off on the snow until the day after the tournament, signaling the end of the soccer season. The girls were excited to have a soccer banquet celebrating the year, complete with awards and a movie.

All of our players were very proud of themselves, and those who will be here next season are already eager to get started again. 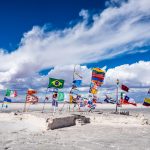 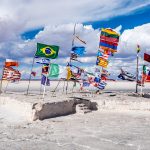